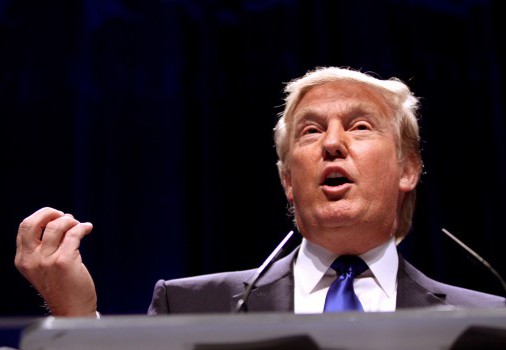 Trump then said that by administering vaccines “over a longer period of time … in little sections … I think you’re going to see a big impact on autism.”

One could simply lump Trump’s rant about something he seemed to know nothing about together with utterances from other candidates who feel compelled to take on science-based topics they don’t understand or have failed to appreciate. Fellow presidential aspirant Marco Rubio did so during the same debate when he railed against doing anything of significance to fight climate change.

Doing so could make America “a harder place to live” while doing “nothing – nothing – to change our climate,” he said, even though Rubio, representing Florida in the Senate, should know better. Doing nothing of consequence to fight climate change could make parts of Florida uninhabitable, according to studies that note its vulnerability to devastating sea-level rise, caused by climate change.

One could also hope that a child won’t die or otherwise fall victim to a serious condition that vaccinations are designed to prevent, a not-impossible-to-imagine consequence of a parent following Trump’s go-slow advice on vaccines, predicated on what he suggested in the debate are their connection to autism.

Or one could, and should, go a step further and urge the other candidates in the race – along with public health officials – to take this opportunity to clearly and aggressively debunk the vaccines-contribute-to-autism myth.

Candidate Ben Carson did, but both he and fellow candidate Rand Paul did nothing to debunk the additional go-slow advice on vaccines that Trump advocated. None of the other debaters – and there were eight of them – showed an interest in approaching the issue.

But why? It is a myth that vaccines cause autism.

That study, published in 1998 by The Lancet, linked the measles, mumps and rubella vaccine to autism – though it was later discovered that the study’s lead researcher had been compensated for his work by a law firm wishing to sue the makers of the vaccine.

Perhaps these inconvenient truths will do little to stop Trump from spreading the vaccines-autism myth. Perhaps they will do little to keep him from telling his anecdote about the two-year-old child who, after getting a vaccine, came down with a fever and “now is autistic.”

But here at least, Trump doesn’t get the last word. I’ll leave that to the Mayo Clinic, at its website: “Although signs of autism may appear at about the same time children receive certain vaccines – such as the measles, mumps and rubella (MMR) vaccine – this is simply a coincidence.”